6 Health Benefits of Vitamin A and its Functions 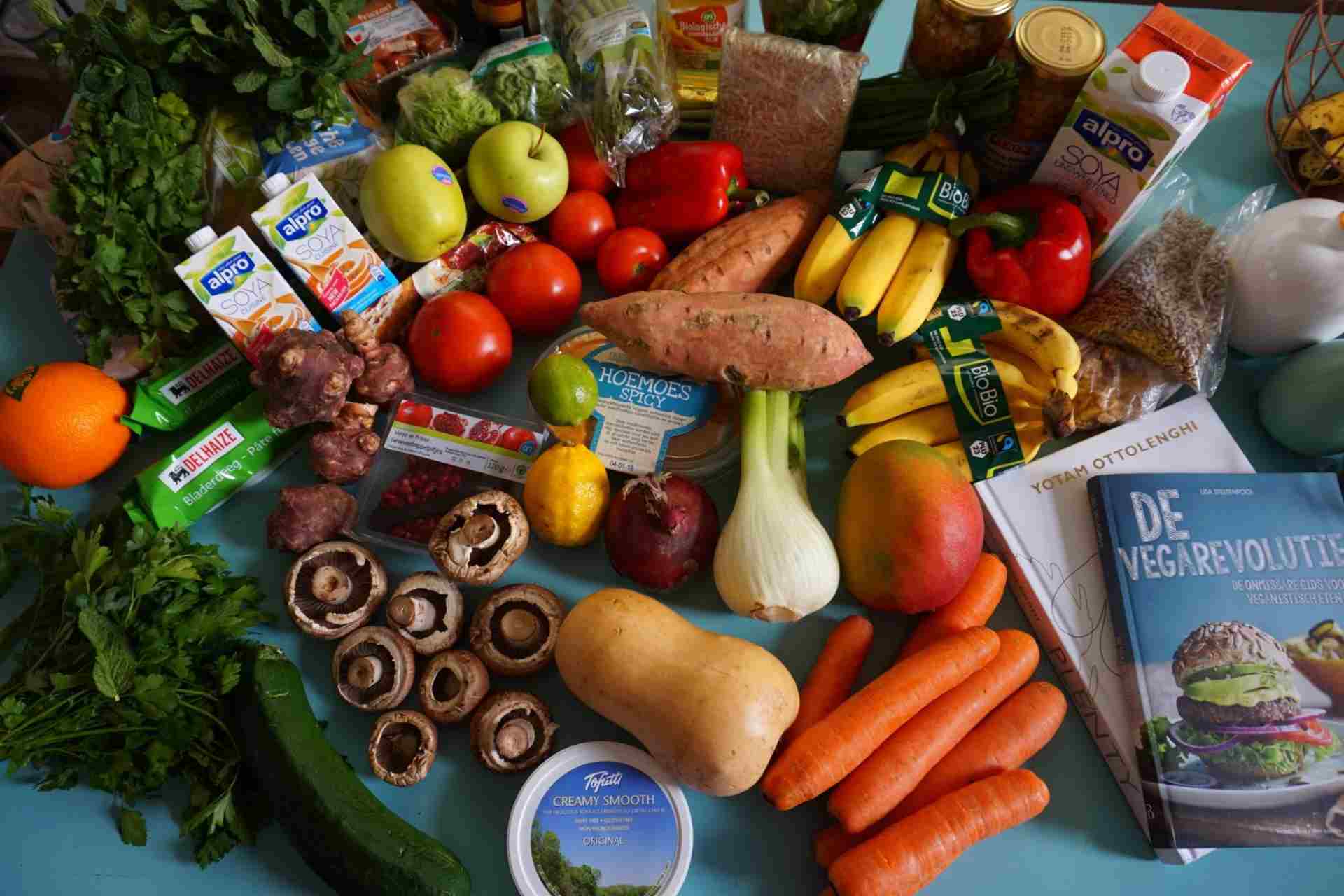 Vitamin A has many health benefits, including important functions in your body. It includes a healthy vision, ensuring the normal working of your body.

What is Vitamin A?

Vitamin A compound is found in two unique forms:

1. Preformed vitamin A: Preformed vitamin A is a fat-soluble vitamin the body needs. The body can not synthesize it, so it is necessary to consume food. It is found in animals products including meat, chicken, fish, and dairy and includes retinol, retinal and retinoic acid compounds.

Vitamin A is essential for your vision. You need the vitamin to transform the light that hits your eye to an electrical signal that can be sent to your brain.

Rhodopsin is found in your eye’s retina and is light sensitive. People with this condition can still see normally throughout the day, but in the darkness, they have reduced vision as their eyes struggle to gain light at lower levels.

Besides these benefits of vitamin A, eating enough beta-carotene can help slow down the decline. The leading cause of blindness is age-related macular degeneration (AMD). Although its exact cause is unknown. It is believed to be related to oxidative stress due to cellular damage to the retina.

Age-related eye blindness study found that giving an antioxidant supplement including beta-carotene to people over 50 years of age with AMD reduced their risk of developing advanced macular degeneration by 25 percent. A recent review, however, found that beta-carotene supplements alone will not stop AMD’s decline in vision.

People with Acne, most often on the neck, back, and chest, develop red spots and blackheads. Such spots occur when dead skin and oils block the sebaceous glands. These glands are in your skin’s hair follicles and contains sebum. It is a waxy substance that keeps your skin waterproof and lubricated.

Although the spots are physically harmless. The acne can have a severe effect on the mental health of people, leading to anxiety, and depression. However, the exact role of vitamin A in treatment of acne remains unclear.

Vitamin A deficiency can increase your risk of developing acne as it causes your hair follicles to overproduce the protein keratin.

This would increase your risk of acne by making it harder to remove dead skin cells from hair follicles, which contributes to blockages.

Isotretinoin is one example of an effective oral retinoid in the treatment of severe acne. This drug may have serious side effects, however, and must be taken under medical supervision only.

Vitamin Plays an important role in preserving the natural defenses of your body. It involves the mucous membranes that help trap bacteria and other infectious agents in your skin, lungs, intestines, and genitals.

It also involves the production and function of white blood cells that help capture and clear bacteria from your bloodstream. This means that if you become ill, a vitamin A deficiency can increase your susceptibility to infection.

In fact, the correction of vitamin A deficiency in children has been shown to decrease the risk of dying from these diseases in countries where infections such as measles and malaria are common.

Cancer occurs when uncontrolled growth or division of abnormal cells starts. Since vitamin A plays a major role in the development of your cells, scientists are interested in its role in cancer prevention.

Vitamin A consumption in the form of beta-carotene can help reduce the risk of certain types of cancer. Cancer such as Hodgkin’s lymphoma, cervical, lung, and prostate cancer in these studies.

However, high intakes of vitamin A from plant foods have been related to a reduced risk of cancer, animal foods containing active forms of vitamin A are not linked in the same way.

Therefore, vitamin A supplements do not have the same benefits. In fact, smokers taking beta-carotene supplements had an increased risk of lung cancer in some studies.

The link between the body’s levels of vitamin A and the risk of cancer is not clear. However, existing evidence shows that getting adequate vitamin A, especially from plants, is important for healthy cell division and may reduce risk of certain cancers.

Vitamin A is essential to maintain a healthy male and female reproductive system and to ensure normal growth and development of embryos during pregnancy.

Rat studies investigating the role of vitamin A in male reproduction system have shown that vitamin A deficiency can impair sperm cell formation, which is the major cause of infertility.

Similarly, animal studies have suggested that female vitamin A deficiency can affect reproduction by reducing the quality of eggs and affecting the womb implantation of eggs.

Vitamin A is also involved in the growth and development of many of the unborn child’s major organs and tissues, including the skin, nervous system, heart, kidneys, ears, lungs, and pancreas, in pregnant women.

However, too much vitamin A can also be harmful to the growing baby during pregnancy and can cause birth defects.

Most health experts also pointed out that women avoid foods containing enormous amounts of vitamin A, such as liver and vitamin A supplements during pregnancy.

Protein, calcium and vitamin D are the primary nutrients for maintaining healthy bones. Eating enough vitamin A, however, is also necessary for proper bone growth and development. However, Poor bone health has been also associated with VA deficiency.

However, for bone health, low levels of vitamin A may not be the only problem. Some studies have found that there is also a higher risk of fractures in people with high vitamin A intake.

These findings are based on observational studies unable to determine cause and effect. This means that the link between vitamin A and bone health is not clear at the moment, and we need more controlled studies to confirm.

Keep in mind that the vitamin A alone does not determine your risk of bone fractures. Other nutrients such as vitamin D also play an important role.

Vitamin A is crucial to your body’s functions. Vitamin A has many benefits such as maintaining healthy vision, ensuring the normal functioning of your organs and immune system, and promoting normal growth and development of the baby in the womb. Either too little and too much vitamin A may have negative health effects. The best way to ensure that you get the right balance is to eat foods rich in vitamin A as part of your normal diet and avoid excessive levels of supplementation.

For whom Vitamin A is the most essential?

VA is important for all. However, for infants and young children and pregnant and lactating women, it is the most essential.

Who can suffer from Vitamin A deficiency and what causes it?

While infants and young children, especially when 3 may be affected by VAD; pregnant and lactating women are more likely to be affected.

What happens if a child is Vitamin A deficient?

The risk of disease and death from severe infections such as measles and diarrhea can increase. VAD may also cause growth retardation in young children.

How can Vitamin A deficiency be prevented in children?

VAD is the primary cause of preventable childhood blindness. You can prevent VAD in children from early breastfeeding.

What are the plant sources of Vitamin A?

What are the animal sources of Vitamin A?

The animal sources include liver, egg, fish, milk and dairy products such as cheese, curd, and butter.

Is taking too Much Vitamin Risky?

Vitamin A is a vitamin that is fat soluble and stored in your skin. It means it can contribute to toxic levels of excess consumption. Nausea, dizziness, headaches, pain, and even death may be the symptoms.

Bioconversion of dietary provitamin A carotenoids to vitamin A in humans. Am J Clin Nutr. 2010.

Phrynoderma: a manifestation of vitamin A deficiency? The rest of the story. Pediatr Dermatol. 2005.

Increased risk of respiratory disease and diarrhea in children with preexisting mild vitamin A deficiency. Am J Clin Nutr. 1984.

Vitamin A and risk of cervical cancer: a meta-analysis. Gynecol Oncol. 2012.

The anti-cancer effects of carotenoids and other phytonutrients resides in their combined activity. Arch Biochem Biophys. 2015.

Vitamin A in reproduction and development. Nutrients. 2011.

Vitamin A in pregnancy: requirements and safety limits. Am J Clin Nutr. 2000.

The Effect of Vitamin A on Fracture Risk: A Meta-Analysis of Cohort Studies. Int J Environ Res Public Health. 2017.