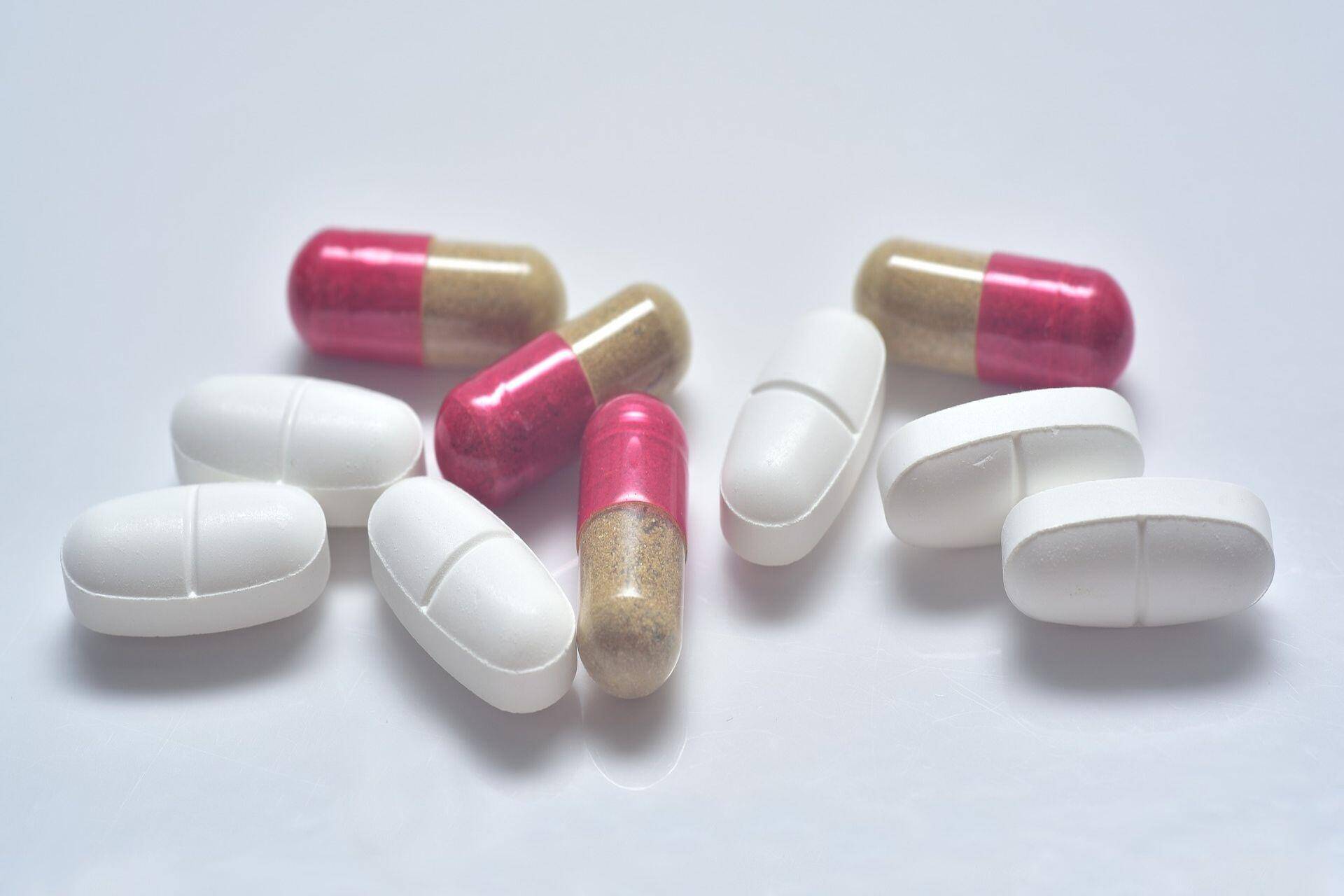 The best way to improve your energy levels is to eat a well-balanced diet and exercise daily. But these things are hard, especially if there are many other responsibilities. The excellent news is that you can take some supplements for an energy boost.

Vitamin B12 helps turn the food you eat into energy. It also keeps the nerves and blood cells of your body healthy and helps avoid anemia that can make you weak and tired. B12 is found in animal food, such as beef, fish and dairy products.

Vitamin B12 deficiency happens when your body does not get enough or cannot absorb the amount you need. Approximately 10-30% of adults over 50 years of age have trouble getting vitamin B12 from food.

This is because they generate less stomach acid and proteins needed to digest properly. Vegetarians and vegans are at risk of B12 deficiency, as the only natural source of this vitamin B12 are animal foods.

People who have gastrointestinal (GI) disorders, such as celiac disease and Crohn’s disease, can interfere with the ability of the body to absorb B12.

There is no evidence, however, supplementation with B12 or any of the B vitamins, for that matter can improve energy in people with adequate levels.

The body needs iron to make hemoglobin, a protein in red blood cells that carries oxygen throughout your body from your lungs to the organs and cells. Your red blood cells can not transport oxygen to the tissues of the body without adequate levels of iron.

This leads to anemia, a common iron deficiency, which can make you feel weak and tired. Red meat and fish are the best sources of iron in the diet. For this reason, vegans’ iron requirements are higher than meat-eating individuals.

Your blood contains more than half of your body iron. Therefore, blood loss will drastically deplete levels through heavy periods or internal bleeding.

In order to support normal fetal development, pregnant women need twice as much iron. Nearly half of all pregnant women, sadly, experience anemia due to iron deficiency.

In these cases, you may need an iron supplement to improve energy and prevent iron deficiency anemia-related complications, including fatigue.

Nonetheless, because excessive iron consumption poses health risks, consult your doctor to see if iron supplements are right for you.

Melatonin is a natural hormone that plays an important role in sleep. The body can make and release this hormone. In the evening the concentration of melatonin is high, and in the morning it gets low.

Melatonin supplementation can be an effective way to ease insomnia, a sleep disorder that affects about 30% of adults worldwide. Chronic insomnia can make you tired and energy deficit at all times.

Symptoms include difficulty sleeping or working, waking up too early and poor quality of sleep. Melatonin supplements can boost energy while reducing fatigue for people with chronic fatigue syndrome (CFS).

Lower secretions of melatonin can cause Alzheimer’s disease, type 2 diabetes, cancer, and high blood pressure. Apparently, it is unclear if taking melatonin supplements will help people with these conditions to reduce fatigue.

However, melatonin supplements are healthy. They don’t cause your body to generate less melatonin and don’t lead to withdrawal or dependency.

The name citrulline comes from the Latin word for watermelon Citrullus vulgaris, from which it was first isolated. Citrulline acts to improve the body’s nitric oxide. Nitric oxide functions as a vasodilator, causing blood vessel inner muscles to expand and increase circulation.

It makes transport to all areas of the body through blood, oxygen, and nutrients. But when nitric oxide production capacity is reduced, there may be physical weakness and lack of energy.

Citrulline supplements, as a precursor to nitric oxide, can, therefore, improve energy levels by increasing the supply of oxygen and nutrients to the cells of the body.

In the urea cycle, citrulline also plays a role, helping to remove ammonia from the body. The production of ammonia is a major contributor to fatigue caused by intense exercise. Therefore, the tiredness associated with intense exercise, allowing you to exercise longer.

In one study, a cycling test was performed by people who took citrulline performed 1.5 percent faster than those who took the placebo. The group of citrulline also reported less fatigue and faster recovery.

In another study, taking citrulline supplements allowed people to exercise 12% longer and 7% harder than the placebo. Also, well known as a safe supplement, even in large doses.

Tyrosine is an amino acid formed by your body, naturally. It is present in most foods containing high protein, including chicken, eggs and dairy products. For producing neurotransmitters, tyrosine is essential, which are chemicals that transmit messages in your brain.

For mentally and physically stressful behaviors, these neurotransmitters are thought to decrease, which can negatively affect attention and energy levels.

Tyrosine supplements have been shown in many studies to help increase energy and strength. These may also help restore sleep-deprived people’s memory and comprehension.

Research currently shows that tyrosine is only useful to people who have low neurotransmitter stores because of stressful or cognitive circumstances. However, tyrosine supplementation is safe.

You can find creatine in red meat, poultry, and fish. It acts in your body as a source of fast energy. The energy resource of life is adenosine triphosphate (ATP). By using ATP for energy, the body loses a group of phosphates and becomes adenosine diphosphate.

Therefore, creatine contributes its phosphate to ADP when the body needs a quick source of energy and becomes ATP. It gives you the energy needed for high-intensity, short-term workouts such as a 100-meter sprint or occasional sprints in football.

Studies found that creatine supplements can improve the efficiency of the bench press by 5% in muscle building. For someone who can bench 200 pounds (91 kg) just by taking creatine, this means a 10-pound increase in weight.

Older adults who took creatine gained 3.1 pounds of lean muscle mass in another study relative to those who did not. These muscle strength and size gains are because of the willingness of the athletes to exercise harder for longer.

Beetroot powder is made from the seed of the beetroot and has a high nitrate content. Nitrate releases nitric oxide in the body, similar to L-citrulline, which relaxes blood vessels and increases blood flow and oxygen delivery.

This enables your body to produce more energy, especially during exercise. Several studies suggest that beetroot supplementation increases the time it takes for athletes during exercise to get fatigue.

Taking beetroot supplements sometimes allowed people to exercise 25 percent longer than taking a placebo. The less energy you need to exercise, the less you’ll feel tired and the longer you can exercise.

Furthermore, as nitrate increases the production of nitric oxide in your body, beetroot supplements can also reduce high blood pressure and improve energy.

CoQ10, meaning coenzyme Q10, is made in the body naturally. It is present in several forms, including ubiquinone and ubiquinol. They are omnipresent in the body, which means they are found in all cells.

All cells contain CoQ10, though the highest levels are located in the heart, kidneys, and liver. Cells use CoQ10 for energy production and defense against oxidative damage.

When the concentration of CoQ10 decreases, the cells of your body can not generate the energy they need to develop and stay healthy, which can lead to tiredness.

Meat and nuts contain CoQ10, but not in sufficient quantities to raise the body’s levels significantly. CoQ10 supplements can, therefore, be a better solution for preventing fatigue.

CoQ10 levels decline with age and maybe small in people with heart disease, type 2 diabetes, or people taking statins, a class of drugs used to reduce cholesterol levels in the blood.

Studies show that one of many formulations of CoQ10, known as ubiquinol, increases CoQ10 levels in older men.

You can consume caffeine in the form of coffee, tea, chocolate beverages, energy drinks and sodas for its strength-enhancing properties. Since it can contribute to irritability, nervousness, restlessness, and a crash after its initial boost in strength, many people limit or completely avoid caffeine.

But it may be an effortless way to avoid these side effects by combining L-theanine with caffeine as a supplement.

L-theanine is an amino acid found in tea and certain mushrooms. Relaxation without rising drowsiness is thought to be encouraged.

In several studies show that the combination of caffeine and L-theanine improves memory and reaction time, plus decreases mental fatigue and tiredness.

Such findings collectively show that adding L-theanine will help you improve energy without the unwanted side effects.

Although you can tolerate L-theanine, but restricting your intake of caffeine to less than 400 mg per day is important. This is a 3–5 cup of coffee.

There are many supplements and vitamins that can help boost your strength. Others work better during exercise to improve strength, while some work better when you need a quick energy boost. In addition, when used properly, all the supplements on this list have a well-established safety profile. However, consulting with your doctor is still best practice to decide if you can use these supplements.

Vitamin B12 among Vegetarians: Status, Assessment and Supplementation. Nutrients. 2016.

Melatonin secretion and the incidence of type 2 diabetes. JAMA. 2013.

The effects of L-theanine, caffeine and their combination on cognition and mood. Biol Psychol. 2008.